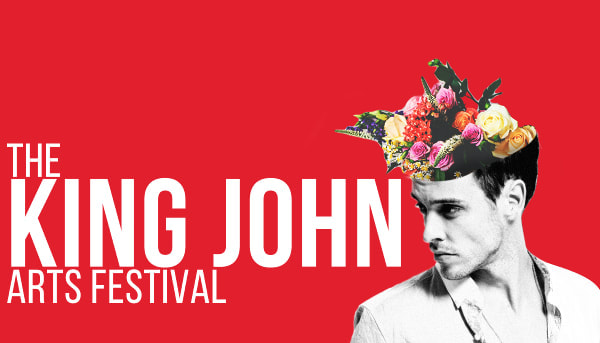 It's the story of a self-centered man-child, a demagogue in control of the world as we know it. The action begins in a time of great imbalance in the western world. The French have raised an army to refute the English King John’s claim to the throne, and the Pope has sent a representative to stir up some lucrative conflict. John’s supporters grow anxious about his ability to lead, and all his enemies have to do is wait for his next mistake. John seems to live in his own reality; the fate of the modern world depends on his words and actions, but the most worrying thing of all is how little he seems to care.
Certainly we find ourselves in an ugly point of history, but if Shakespeare has anything to say about ugliness, it’s that it will, eventually, pass.
Artists Call: Artists wanted! (Submissions Closed)
CALENDAR INFORMATION
​TICKETS
DISCOUNTS
While supplies last
Pay What You Will
All donations are greatly appreciated for late night performance on July 12th!
Not available online.
​Hangry Artist/Educator's Discount
Show us you're working in the arts community (eg, bring a program you're listed in) and receive $2 off your ticket!
Available online or at the box office.
Student/Senior
Buy one, get one half off ($9 ea.) with valid ID
​Available online or at the box office.
PRODUCTION INFORMATION
Production Team
Musicians
Cast
Subscribe to our blog to keep up with the production!